Annapurna Base Camp Trek is a prime destination for your next adventure. You will gain access to beautiful landscapes, lovely people, vibrant cultures, blooming Rhododendron forests, and views of several 8000 meter plus high Mountains.
Annapurna Base Camp Trek (also called Annapurna Sanctuary Trek) is a classic trek sited north of the beautiful Pokhara valley. This trek is a mixture of some of the most fabulous mountain scenery, lively cultures and traditional ethnic people, the Gurung and Thakali people and natural hot springs along the trail. Some two-thirds of all trekkers make their way to the Annapurna region each year. This trek provides you unparalleled access to the spectacular views of the Annapurna mountain range. You will see five mountains with the same name; ANNAPURNA I, II, III, IV and ANNAPURNA SOUTH, in the region all ranging above 7000 meters. Mt. Dhawalgiri (8167 m) which is the highest in the region and Mt. Machhapuchhre (Fishtail 6997 m) which dominates the skyline view over Pokhara are other notable mountains of the region. The trek starts from the beautiful lake city of Pokhara and winds through the lush subtropical forest along the narrow Modi Khola valley and incredible farming villages to the celestial base camp of Machhapuchhre into the Annapurna sanctuary. Once you stand in the Annapurna sanctuary, there is a 360-degree mountain view around you. The scenery is simply spectacular.

Day 1 - Arrive at Pokhara. Trek briefing and overnight at Hotel

Day 2 - Drive from Pokhara to Nayapul and trek to Ghandruk

Day 3 - Trek from Ghandruk to Chhomrung

Day 4 - Trek from Chhomrung to Dovan

Day 5 - Trek from Dovan to Machhapuchhre Base Camp

Day 6 - Trek from Machhapuchhre Base Camp to Annapurna Base Camp

Day 7 - Trek from Annapurna Base Camp to Dovan

Day 9 - Trek from Jhinu to Nayapul and drive to Pokhara

Day 1 - Arrive at Pokhara. Trek briefing and overnight at Hotel

Arrival day in Pokhara, briefing and trek preparation day. Pokhara is a beautiful lake city, which offers magnificent views of Dhaulagiri, Manaslu, Machapuchare, and five of the Annapurna Peaks. You may also choose to arrive a day early to enjoy the experiences this beautiful city has to offer and visit the popular nearby spots. Spend the day exploring the streets of Pokhara, with tantalizing aromas, bright colors, and the bustle of the local market, all set against the backdrop of the mountains. After a short briefing session with the team, the day is yours. The guide and our trek leader will make sure that your equipment is in place and might recommend any gear that needs to be purchased or rented.

Day 2 - Drive from Pokhara to Nayapul and trek to Ghandruk

After an early breakfast start the drive towards Nayapul, starting point for our trek. The drive will take roughly 2 hours. Todays trail begins by passing through populated, busy areas where you will encounter all types of people from merchants, traders, and local farmers to other trekkers and of course the mule and donkey trains! As you come to Bhirethati village, the trail splits in several directions; we follow the main trail along the ancient Trans-Himalayan trade route and shortly arrive at a suspension bridge over the Khumnu Khola. From here our trek continues through a series of farm villages and waterfalls, before ending at Ghandruk, where we stay in the tea houses overnight. Ghandruk is an attractive hillside settlement of stone houses, home to the Gurung people. The afternoon is free to relax. You can visit the Gurung Museum in Ghandruk to learn more about the Gurung, their culture and traditions, or you can simply relax and take in the surrounds. On a clear day, the view of Fishtail (Machapuchare), Gangapurna, Annapurna, and the towering Himchuli Mountains are wonderful!

Day 3 - Trek from Ghandruk to Chhomrung

The trail from Ghandruk winds up to a steep climb for 1 hour until reaching Ghandrukkot, from where the trail continues up to Kimron Khola. After an hour of flat, easy terrain, there is another steep ascent taking us up to Chhomrung, the gateway to the Annapurna sanctuary. As you gain altitude you will notice the air become cooler and the vegetation change. Chhomrung is a beautiful village located on the lap of the Annapurna massif.

Day 4 - Trek from Chhomrung to Dovan

We depart Chhomrung and trek alongside the Modi Khola, leaving behind the inhabited foothills as we enter the high wooded slopes of the Himalayas. The path is steep up to Sinuwa Danda, after which it becomes somewhat more level as we approach Khuldighar through thick forests of rhododendron. During March and April, when the rhododendrons are in flower, this region is particularly beautiful. From Khuldighar we descend on stone steps and through bamboo forest to Dovan

Day 5 - Trek from Dovan to Machapuchare Base Camp

From Dovan, we continue to follow the Modi River upstream. The trail begins to climb through forests of bamboo and oak, which are home to wildlife including wild pig, deer, and the very rare snow leopard. After a gradual ascent, we reach Himalaya Hotel situated near Hinko cave at the base of Himchuli peak, where there will be time for a brief rest. The trail then continues on a gradual ascent for another 1-2 hours, ending at Deurali, the last tea-house en-route to Machapuchare Base Camp. As we climb today, we will notice the dense forests give way to sparser, high alpine flora and shrubs. Leaving Deurali, we trek upstream alongside the raging Modi River. Crossing the Modi River Bed, we reach Bagar, where we rest and lunch. From Bagar, it is a short but strenuous climb to Machapuchare Base Camp. At the top, youll be rewarded with stunning views of Annapurna South, Annapurna I, Gangapurna and, of course, Fishtail, or Machapuchare, itself. Overnight at Machapuchare Base Camp.

Day 6 - Trek from Machhapuchhre Base Camp to Annapurna Base Camp

Today's walk will take us to our goal, Annapurna Base Camp, in the heart of the Annapurna Sanctuary! We begin by trekking up a fairly steep trail for 2-3 hours, which, depending on the season, is liable to be covered in snow. As we reach higher ground, you can expect magnificent views of an array of snow peaks. At this height, the vegetation disappears altogether. Annapurna Base Camp has 2-3 teahouses, where you can relax and enjoy the view a well-earned reward for your hard work! Overnight at Annapurna Base Camp.

Day 7 - Trek from Annapurna Base Camp to Bamboo

Leaving the serene and barren tranquillity of the mountains, we trek back into the lush green vegetation and forest, en-route to Bamboo. The walk is more or less entirely downhill, with only a few ascents.

Day 8 - Trek from Bamboo to Jhinu.

From Bamboo, it is a short climb to Khuldi-ghar, where we exit the Park boundaries. From Khuldi, the trail descends all the way to the bridge over the Modi River, and then up to Chomrong. We leave Lower Chhomrung after a short rest and climb up the steep stone path to Upper Chhomrong, from where we descend to the small village of Jhinu Danda. If time allows, you will be able to visit the hot springs down below by the River Modi. Overnight at Jhinu Danda

Day 9 - Trek from Jhinu to Nayapul and drive to Pokhara

From Jhinu Danda, we trek to Kyumi Village along a route that is mostly downhill though with some short climbs. After lunch near Kyumi, continue to Syauli Bazar and then down to Birethanti, from where it is about an hours walk to Nayapul. Here our trek ends. Our driver will be waiting in Naya Pul to greet us. From Nayapul, it is a short one-hour drive to Pokhara.

Banjara and Gypsy highly recommends that the personal backpack is carried by the participant themselves. However, in case you are absolutely not able to carry the same and would like to offload then you have to inform us during the booking process and pre-book the offloading. Each bag should not be more than 10 Kg in weight. This weight limit is a reference for maximum weight but bags shall be counted in number to calculate the charges. The bag should be of rucksack style only. No Duffle bags/Suitcases would be accepted for offloading.

We suggest that you book your trek at least one month in advance and confirm your slot. However, you can do the booking earlier than that if you require a good deal on your to and fro flight tickets and organizing your trip efficiently. A booking confirmation will be sent by email along with the payment instructions and other trip details. All payments have to be made through online transfer/ cheque deposit/ demand draft. After the payment for booking is done, please mail us your transfer details at  teamatbanjaragypsy.com  so that we can follow up efficiently.

If you wish to cancel your Everest base camp trek booking, please e-mail us on teamatbanjaragypsy.com

Cancellations are processed only by e-mail and refunds for the same are as follows:

Cancellations before 30 days from the start date of the trek

Kathmandu is an incredibly diverse historic city with breath-taking Newari architecture, centuries-old Hindu and Buddhist religious sites along with dedicated tourist-friendly accommodations and restaurants. Stepping into Kathmandu is like stepping into another world that everybody should experience at least once in their lifetime

The quickest and easiest mode of traveling from Delhi to Nepal is by air. There are different airlines such as Indigo, Air India, Jet Airways, etc. which are operated on the route of Delhi to Kathmandu with full service and low cost, having departures throughout the day. The flights from Delhi to Kathmandu offers much lower prices than the flight fares from Varanasi to Kathmandu. The travel duration to Nepal from Delhi is about an hour and a half

By Rail and Bus

Traveling to Kathmandu by train from Delhi is the most economical way. The train journey to Kathmandu, Nepal will begin from Gorakhpur in Uttar Pradesh. There are some trains that run from Delhi to Gorakhpur. You will need to board the train early in the morning because the duration required to reach from Gorakhpur to the border is 3 hours. Then a bus or a shared jeep can be taken to reach the border of Sunauli, from there take another bus or shared jeep for Kathmandu. Bihar Sampark Kranti SF Express (12566), Sapt Kranti Superfast Express (12558) and SHC Garib Rath (12204) are a few trains that will help you reach Gorakhpur from Delhi in a duration of about 11 to 13 hours 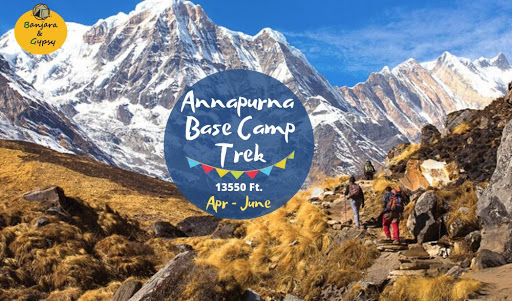 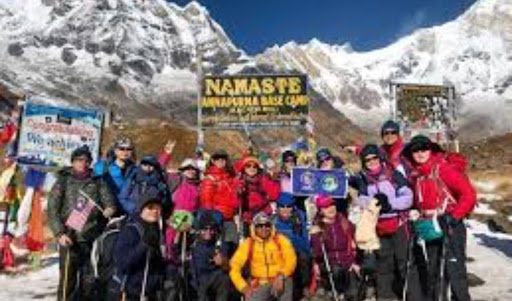 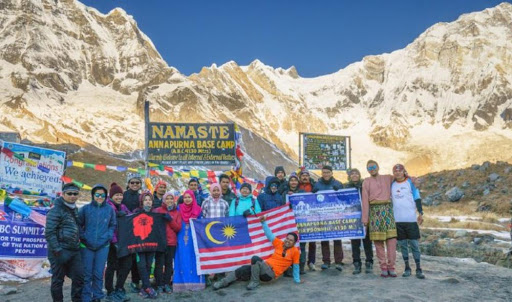 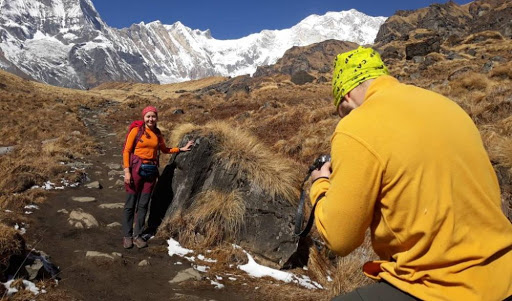 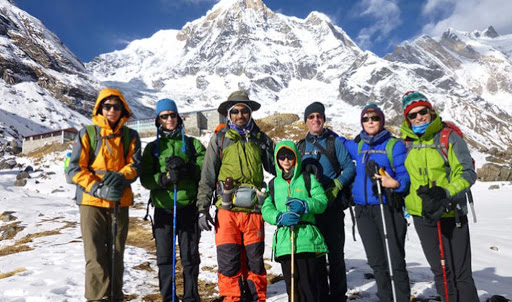 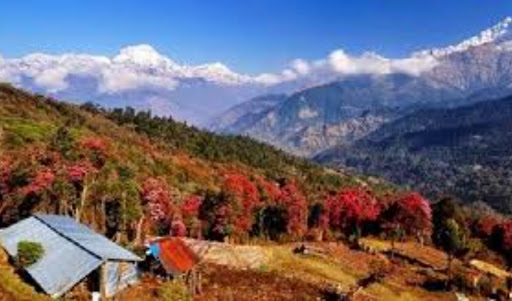 Show
Submitting...
Thank you for your interest, we have recieved your query and will get back to you shortly, in the meantime you feel free to browse more events below.
Oops, looks like there was an error while submitting, please try again after sometime.