Eligibility: Class IV to VIII
Designed and brought to you by Young-Scientist. in.

Can you imagine robots without wheels or arms? get prepared. The future of Mars exploration according to NASA is likely to be propelled by a new generation of robots based on tensegrity structures. These structures are pliable and can revert to its shape after suffering deformation from any direction.

This workshop will predominantly be a hands-on session where the participants will build a basic tensegrity robot (non-motorised). The aim is to provide training in robotics, mechanical engineering, and applied physics. This activity would also demand strong craft skills and concentration. Complete guidance and all the necessary materials will be provided.

Objective: Build a tensegrity structure and learn the associated skills.

Young-Scientist. in ensures that at least 50% of its programs contain hands-on activities. We believe that learning is best when immediately reinforced by a visual and tangible lesson. Some of the experiments we do are demonstrations for the safety of the children. However, none of our workshops is "pure theory/lecture", unless otherwise stated. We encourage the children's active participation in experiments/activities whenever possible.

"Give your son a fish, he will eat today. Teach him how to fish, he will eat every day" is a proverb that encapsulates the spirit of Do-It-Yourself and this workshop. We want to provide your child with the confidence and skills to materialize what they imagine- starting from simple models. If a child feels empowered, he or she will grow to be an independent and self-sufficient person.

Alice Agogino is a mechanical engineering professor at the University of California at Berkeley, and she and her lab are among a group of engineers that are designing what might be the next generation of space-exploring robots. These don't look like the Mars rovers with the big wheels that you may be thinking of oh no, they are totally different and that's the point. These robots actually look like a ball of rods and cables, and they are modeled after a baby toy, of all things. It all began when Vytas SunSpiral, a robotics researcher and his colleague Adrian Agogino (Alice Agoginos son and also a robotics researcher) were brainstorming how to improve space robotics. They happened to be playing with a baby toy called a Skwish. The skwish is a type of structure known as a tensegrity structure. In tensegrity structures, rigid parts like wooden rods or steel beam aren't directly connected to one another by nails or screws, but rather are held together by wires, cables, chains or some kind of band. As a baby toy they are fun to play with because you can squash them and throw them and they wont break. They can easily distribute and absorb forces that result from impact. So after throwing this toy on the ground and observing its ability to remain intact, SunSpirals team realized this type of structure might be a good landing structure for a space robot.

Traditional space robots, like the Mars rovers, are really difficult to land because you have a pretty delicate robot approaching a planet at really high speeds. As a result, engineers spend a lot of time and money making sure nothing breaks during landing. In fact, landing Curiosity, the current robot on Mars, has been nicknamed the 7 minutes of terror. Traditional rovers are also somewhat limited in the places they can explore. For example, rock walls or cliff edges are too risky for them. If one were to fall down a steep slope then it could break rendering the rover useless. Sharp rocky surfaces can also tear or puncture the robot's wheels making it difficult to move.

Robots based on tensegrity structures might be easier to land and cheaper to make. They could possibly even explore some of the more challenging surfaces. So tensegrity rovers offer a lot of advantages over the traditional wheeled-structured rovers. They're lighter weight, they're more robust, they can handle a lot of damage because the load is distributed among the tensile elements, explains Alice Agogino.

SunSpiral and his colleagues have received a NASA Innovative Advanced Concepts award to see if they can get these structures to move and perform the tasks that are needed for space exploration. He is now a principal investigator of the Dynamic Tensegrity Robotics Lab at NASA Ames Research Center, and several collaborators, like Agoginos lab at Berkeley have joined the research.

How science really happens is that you get teams together, you build collaborations, you build networks of colleagues who are thinking about similar parts of the problem but maybe taking slightly different approaches to it and you work with each other and you share ideas, adds SunSpiral.

There's a lot involved in designing one of these robots. In general, computers control motors that cause the cables to stretch or compress. This causes the structure to shift its shape, altering the center of gravity and creating a rolling motion. The eventual idea is that these robots could carry instruments, like cameras and sensors. Several robots could be compactly packed into a spacecraft and dropped on a planet where they could roll around taking images and gathering data. One of the tensegrity robot prototypes developed at Alice Agoginos lab. This one has a centralized computer and uses linear actuators to expand and compress the cables to get the robots to move.
Show 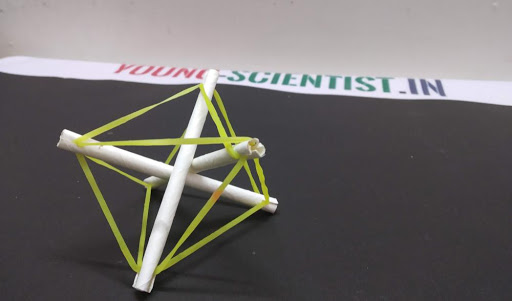 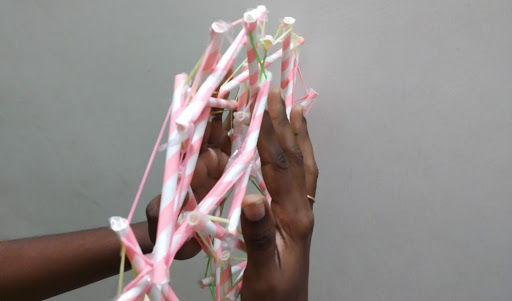 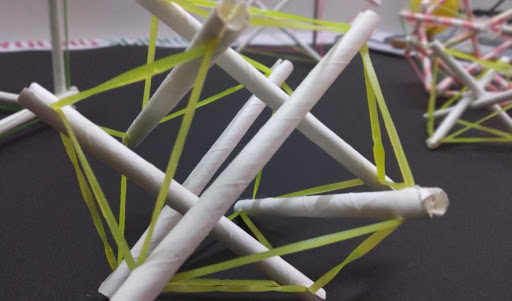 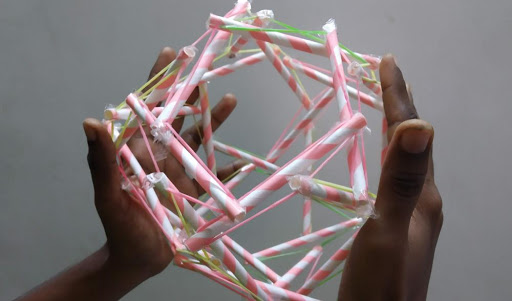 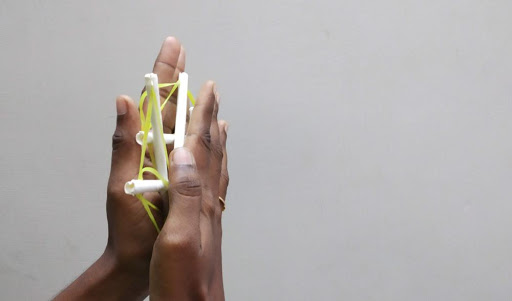 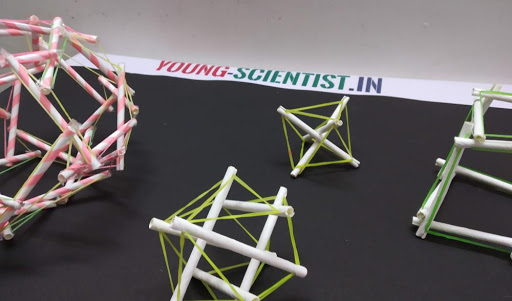 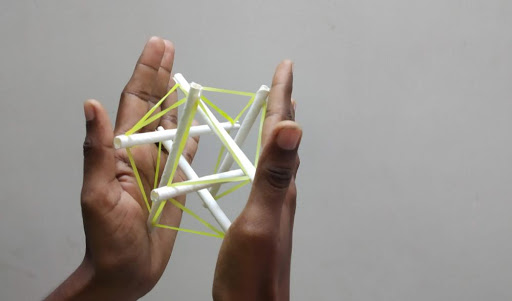 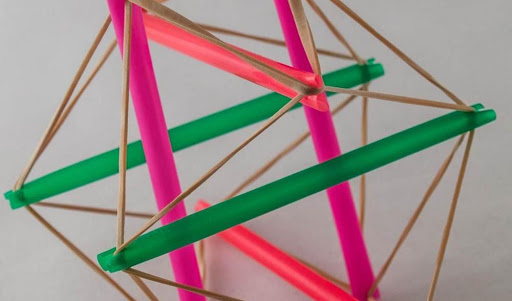 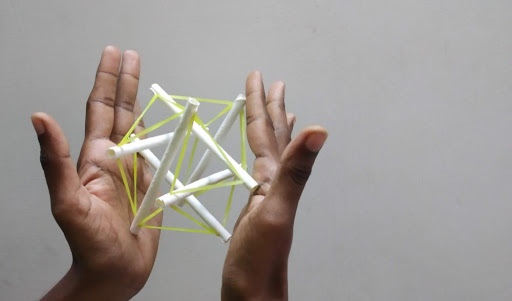