Brought to you by Young-scientist.in
Please note that this is a kid-only camp.

It's hard to believe, but everything in the world is in motion, all the time. Even things that look perfectly still are packed with atoms that are vibrating with energy. Understanding how motion works were one of the great milestones of science and it's credited to the brilliant English physicist Sir Isaac Newton. His laws of motion, written over 300 years ago, were so well stated that scientists still use them in most situations today.

The basic idea Newton taught us is that motion is caused by forces which are easy enough to understand: kick a ball (the force) and it flies into the air (the motion). But forces don't always make things move: a bridge has lots of forces acting on it, but it doesn't go anywhere. Also, the "motion" forces produce is sometimes a shift in the direction in which something is moving or a change in its shape. So what exactly are forces and how they do they produce these different kinds of motion? It's time to take a closer look at the science of moving things!

The relationship between forces and motion is counter-intuitive and so needs careful explanation. We will show experiments that explain a variety of concepts related to Force and Motion.

We will be dealing with concepts such as:

The above-mentioned topics will be dealt with at the level appropriate to the age group.

Young-Scientist ensures that at least 50% of its programs contain hands-on activities. We believe that learning is best when immediately reinforced by a visual and tangible lesson. Some of the experiments we do are demonstrations for the safety of the children. However, none of our workshops is "pure theory/lecture", unless otherwise stated. We encourage the children's active participation in experiments/activities whenever possible. 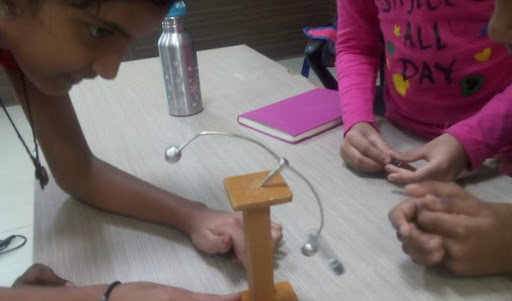 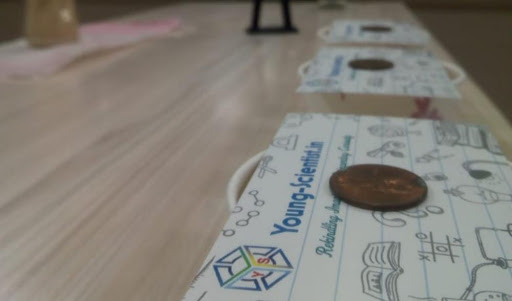